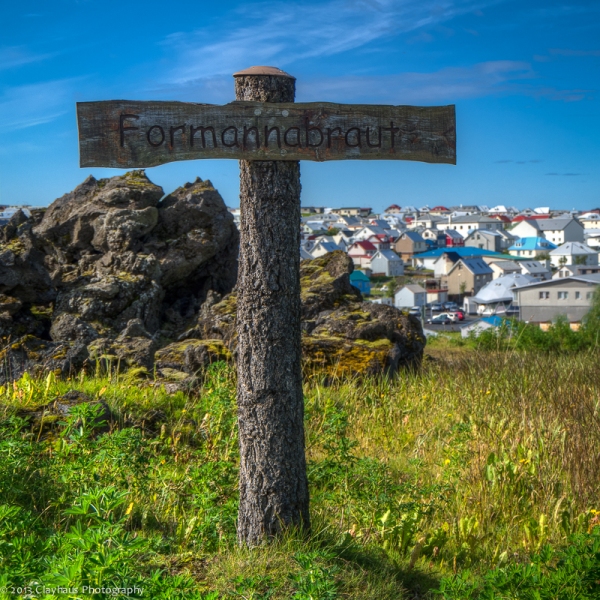 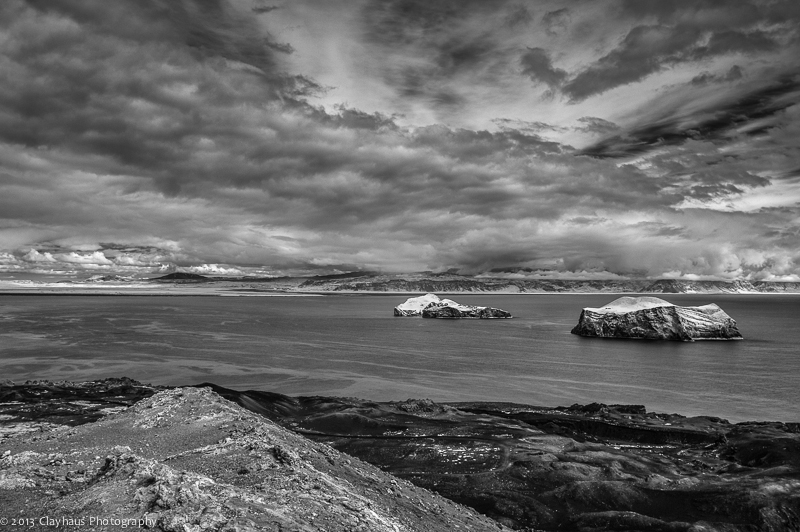 In the dark morning hours of January 23, 1973, the mountain Eldfell (Mountain of Fire in English) erupted on the only inhabited island of the Vestmannaeyjar islands, Heimaey. That night almost the entire population of 5000 people were evacuated from the town using the fishing boats so relayed upon for the islanders’ livelihood. Over the course of the next 6 months the volcano sputtered and spewed, blanketing the town with ash and eventually lava flows destroyed over 400 homes. It was a defining moment for the people of the islands. Iceland became famous over night and media and scientists flocked to the scene. Many residents, once evacuated and with homes under 20 feet of lava, never returned.

Fishing is still important to the Westmann people but as in many in many places with deep roots, traditional livelihoods have, if only partially, given way to tourism. We are part of that new economy and after picking up groceries at a market in town, our goal was to hike to the top of that once troublesome volcano for lunch with a 360 degree view.

No matter where one is in Heimaey town you never seem far from the long-stilled lava. A few blocks from our just-departed market mounds of dark blocky tower above a street. There are many paths into the lava fields and we choose one at random to begin our climb towards the volcanic cone. Signs have been erected here and there marking the location of long-buried streets. Occasionally we come upon a monument indicating the site of some submerged important building. Marketing interests like to call the site “Pompeii of the North” but that is frankly really just a mimic. Unlike the original Pompeii, there are no tragic casts of long-dead people and animals waiting to be unearthed. In fact, only one person lost his life during the eruption and he was apparently trying to loot a pharmacy.

Nonetheless, as we climb the heights of Eldfell, we cannot help but be impressed with the size of the lava flows. The cinder and lava fields loom over the brightly coloured town and you can clearly see how close the tongues of molten rock came to closing the harbour. The intrepid islanders used water from the surrounding ocean to slow and eventually stop the flows from expanding further into town and sealing off the docks.

From the top we are rewarded with a glorious 360° view: the town and its the harbour with its high western crown of seemingly unclimbable peaks; the reds and blacks and browns of the 1973 eruption below us; to the north the cliff-lined islands of Elliðaey and Bjarnarey with the brooding, cloud-wreathed Eyjafjallajökull volcano waiting to follow-up its 2010 eruption; and to the south the slightly higher and much older dormant volcano of Helgafell with a splattering of islands beyond, floating in the bright sea. Whilst enjoying the view and our cold lunch, I poke my fingers in a few sulphurous cracks and sure enough, they are hot. Despite her placid countenance and peaceful appearance, Eldfell still has some fire in her.

2 thoughts on “Cold Lunch on a Hot Volcano”